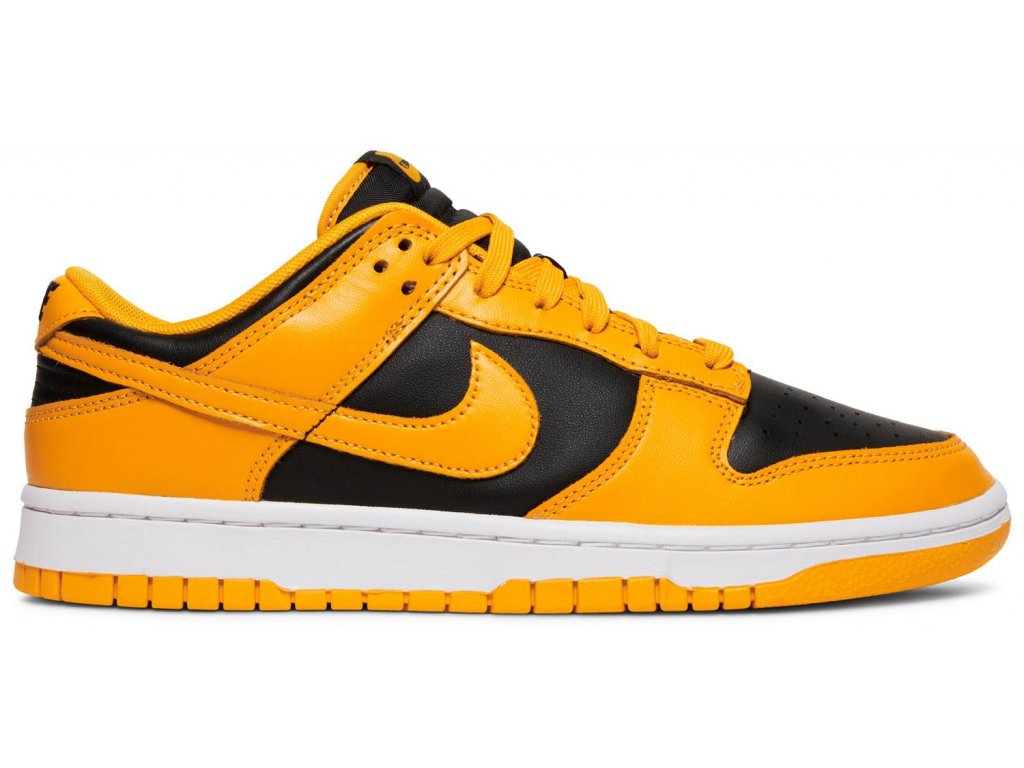 The Nike Dunk Low is a sneaker that has become an integral part of many cultures since its release in 1985, and today it is one of the hottest sneakers you can buy. In the Goldenrod colorway, they are then colored in a vibrant yellow, complemented by a practical black. A combination that goes great with a lot of outfits while nicely showing off all the elements of this legendary silhouette.

About the Nike Dunk
The Nike Dunk silhouette first saw the light of day in 1985. What was originally a basketball sneaker became a streetwear icon as it progressed, and now comes in Dunk Low, Dunk High, and the lesser-known Dunk Mid versions. Since 2002, the Nike Dunk has also been conquering the skateboarding world with its modified version of the Nike SB Dunk. Much of the current popularity of these sneakers is due to rapper Travis Scott, who brought the Dunk out of obscurity with his own collaboration on the silhouette in 2020. The collaboration with the popular ice cream maker was also a huge hit Ben & Jerry's. This gave rise to combinations of many colours and textures for a bold mopart of Nike SB Dunk Low Ben & Jerry's Chunky Dunky. Also worth mentioning are the collaborations with Off-White and Supreme, which are typical of their novel designs. They are the choice of both advocates of unusual colour combinations and lovers of minimalism and neutral tones.

Materials
Leather - there is no better material for shoes than leather. It's breathable, soft, easily adapts to the shape of the foot.
Polyester - is durable and flexible, dries very quickly and does not shrink or deform even under heavy load. It also has the great advantage of being recyclable.
Rubber - thanks to its elasticity, it brings comfort when walking. Suitable for all weather conditions. Easy to maintain.